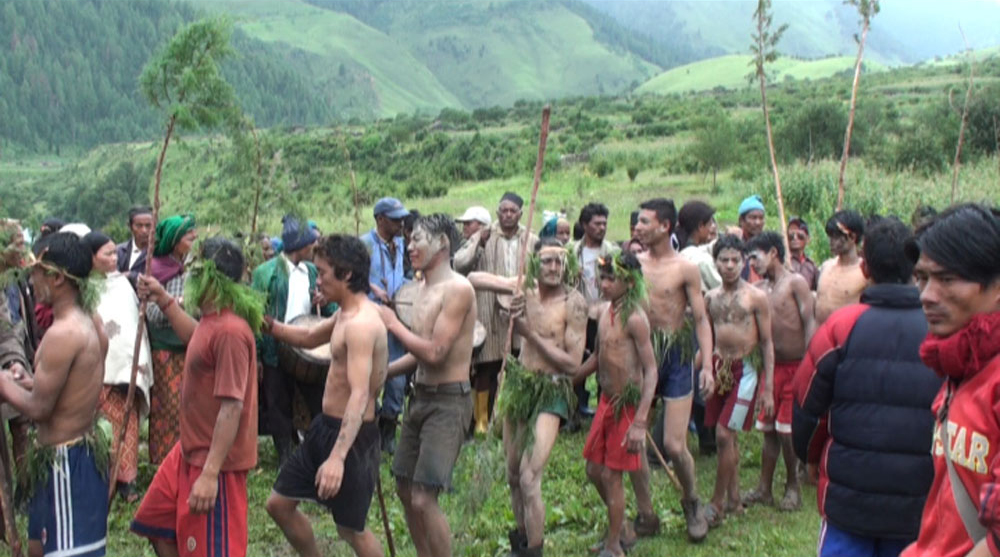 This fascinating documentary is set in the Dhorpatan region, in western Nepal. It follows the traditional rituals followed by the Nishi village community. Local shamans and his entourage of Kapais (youth who have received Mantra from the shamans) perform shamanistic rituals to fight off the ghosts of the people that were killed in a local battle centuries ago.

Lajim Budha and Rajendra Budha Magar are independent documentary filmmakers. They are teaming up to make other films: In Search of Market, Pastoral Life and Mobile Bank.