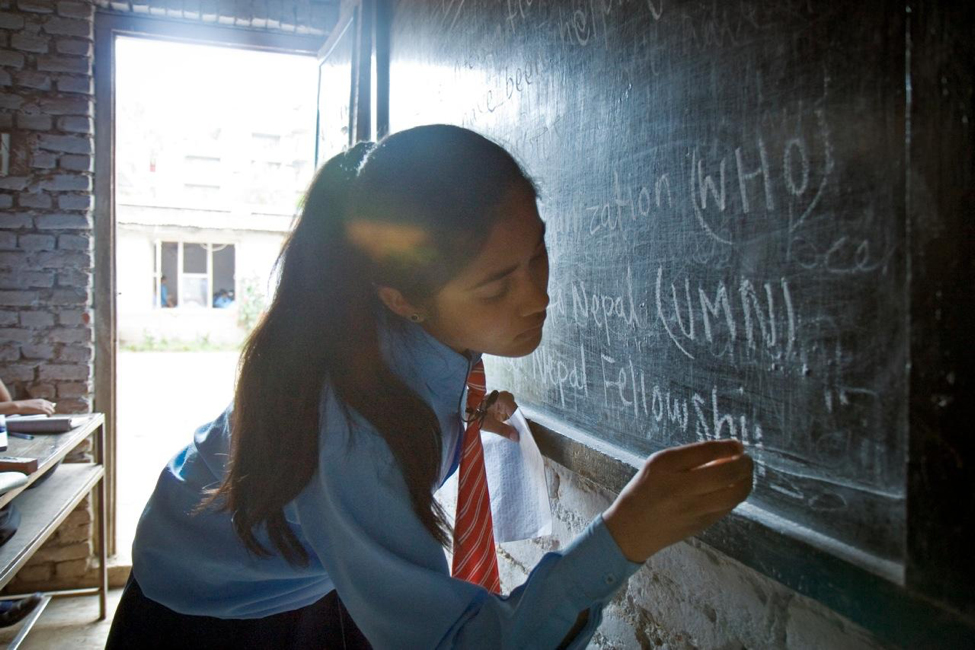 Shot over a duration of seven years, Drawing the Tiger takes a sweeping view of one Nepali family’s daily struggle to survive off of subsistence farming. Things change when their daughter gets a scholarship. The film is a powerful rendition of pressure that an opportunity generates and the price one family would have to pay as a result, reminding us in the process how some things cannot change.

Amy Benson left her career as a middle school teacher of girls to become a documentary filmmaker. Drawing the Tiger, a Sundance Institute and Fork Films granted project, is her first feature film. It premiered at Hot Docs in April 2015. Ramyata Limbu co-produced and shot the award winning documentaries: Dreams of Chomolungma, Daughters Of Everest, and The Sari Soldiers. She is the Festival Director of Kathmandu International Mountain Film Festival. Scott Squire is a lifelong photographer with a Masters in journalism from University of California, Berkley. Scott’s photo essay on post-9/11 Cairo street café culture was featured on PBS’s Frontline World website. Drawing the Tiger is his first feature.