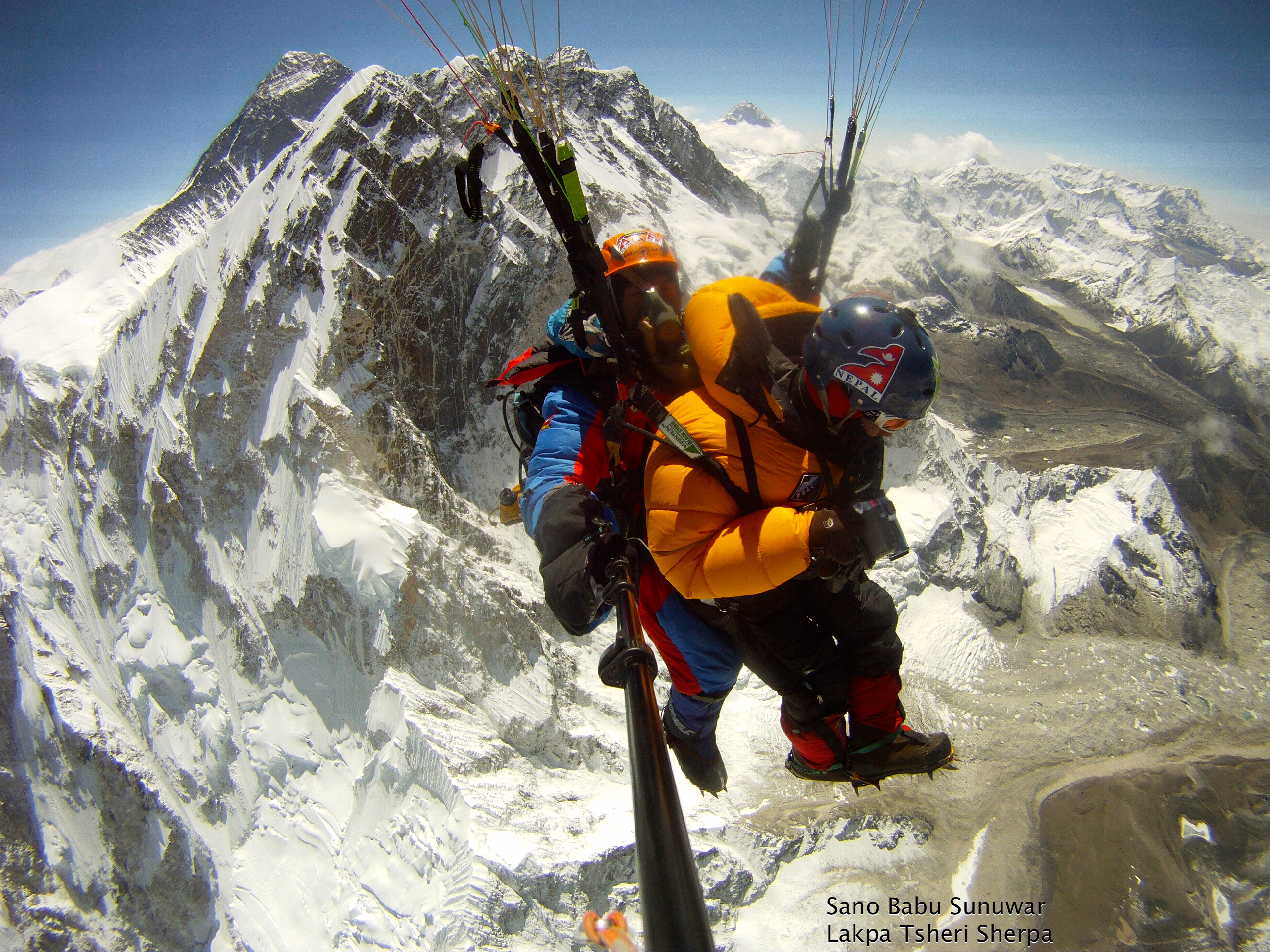 This documentary follows Babu and Lakpa, two crazy but affable thrill seekers as they set out to make their first debut flight of Hanuman Airlines from top of the Mount Everest on a Paraglider. This is a film about faith, determination and living dreams. It is a story about flying Sherpas.

American filmmaker Hamilton Pevec has spent the last 10 years traveling the world, producing documentaries, developing film curriculum, teaching hands on production techniques and training locals. In 2009 he spent a year in India producing documentaries for the Dalai Lama's Archive and teaching the Buddhist monks and nuns filmmaking. He has also worked in South Korea as an art director for the Korean feature Lagoon and as a co-producer for the feature film Further Beyond. In the same year in New Zealand, he produced and shot a fivepart documentary series about an international spiritual organization called The Burning Question