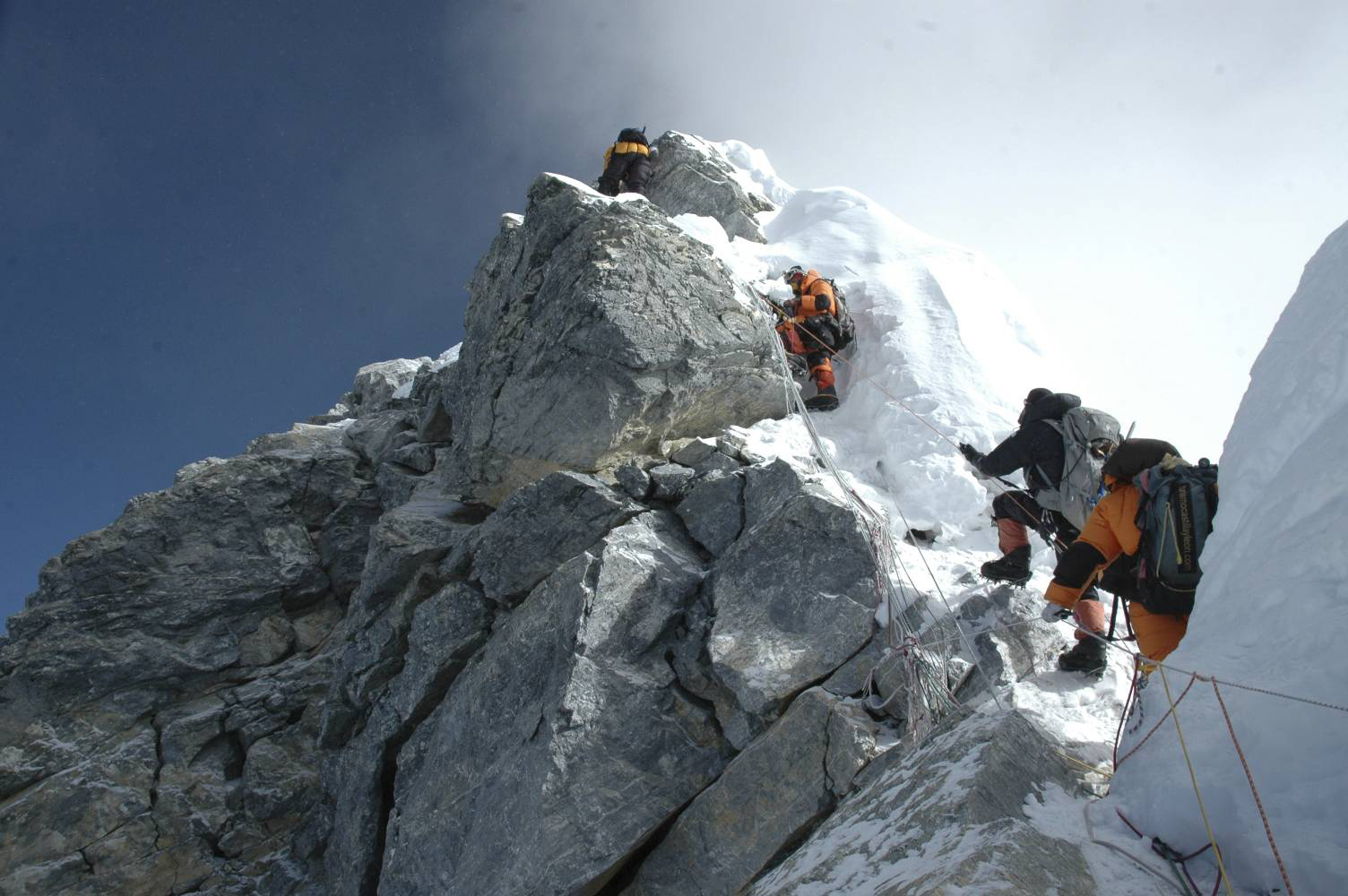 Nepali and Sherpa with voiceover in English

Sherpas The True Heroes of Mount Everest focuses on the hired Sherpas of a Swiss Everest Expedition Team. Among the Sherpas is Dawa, who has accented the Everest summit thirteen times. The film heroically showcases the role of Sherpas who make it possible for the big-pocketed Western climbers to reach the summit. Among other revelations, the film chronicles the Sherpas as they get stuck in climbers’ jam as over 50 expedition teams are vying for the summit, and all the while they fight against altitude sickness to appease their clients.

About the Directors: Frank Senn works for Swiss Television as a journalist and producer of films on mountaineering and adventure, several in Nepal and Tibet. He is also a team leader of series production at Swiss National Television. Hari Thapa is based in Kathmandu and has worked as a journalist in different print media and for Nepali Television. He has produced films for national and international NGOs in Nepal. He is running his own audio-visual production company "Contemporary Vision Pvt. Ltd." that has received both local and international commissions for investigative reports and documentaries. Otto C. Honegger, former head of the documentary department at Swiss National Television, has made films on diving, adventure and politics. Otto is running his own company these days and producing documentary independently.