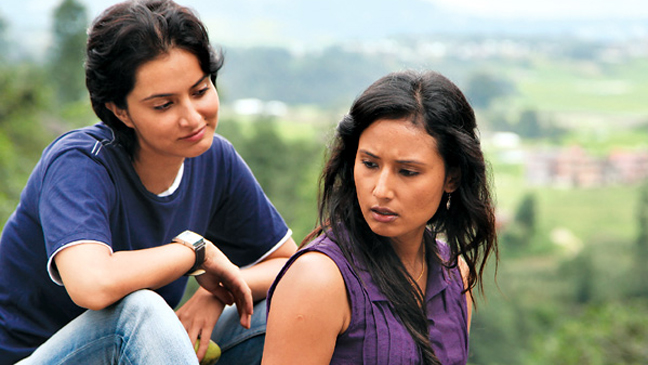 Nepali and Newari with English Subtitles

Soongava – Dance of the Orchids is the official selection to represent Nepal for the 86th Academy Awards for Best Foreign Language film. The film centres on the romance of the two young modern Kathmandu women Diya and Kiran that gets entangled in the harsh societal constraints. Magnificently crafted, the film is sensual and emotional like two beautiful orchids in bloom.

Subarna Thapa is a graduate in dramatic arts from Ecole Florent, Paris. His first short film, Malaamee (Funeral) was screened in first TNFF (2010) and also broadcasted on France 3 Television. Soongava - Dance of the Orchids is his first feature length film. Chhora (2013), his third film was filmed in France.

2013 Inside Out Toronto LGBT Film Festival