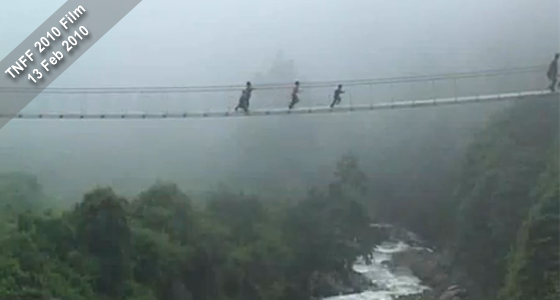 The award-winning film tells the story of a remote Tamang village that builds a Swiss-funded trail bridge across an unpredictable river. The project gets complicated as the predominantly Buddhist village rapidly converts to Christianity.

Kesang Tseten is a Nepali filmmaker of Tibetan origin, the director of In Search of Riyal; Frames of War; We Corner People; Machhendranath: On the Road with the Red God; and We Homes Chaps. He has won many awards including the Best Nepali Documentary, Kathmandu International Mountain Film Festival, 2006 for We Corner People and Grand Prize at the Kendal Mountain Film Festival, UK, 2006 for Macchendranath.